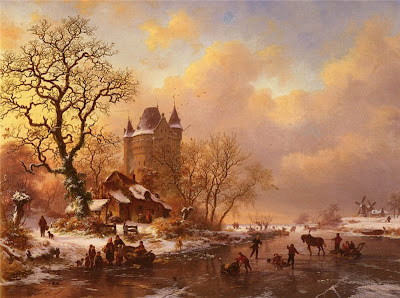 Two contrasting faces of Winter to end the year with.

In the Dutch painter Frederick Marinus Kruseman's Winter scene with skaters many characteristics associated with later nineteenth century Romanticism and its idealized view of Nature as a benevolent and beautiful phenomena are present. The fun of the winter sport of ice-skating performed in a setting of scenic snow and ice against a backdrop of a spectacular castle and a dramatic cloudscape, all warmly coloured, are featured in Kruseman's romantic painting.

Paintings of winter scenery and landscapes are a peculiarly Dutch genre. Begun in the Renaissance by Jan Bruegel and developed by Hendrick Avercamp (1585-1634) the crowded scenes of Dutch winter paintings give strong clues as to the high density of the Netherlands population during the century which saw the zenith of Dutch ambitions, establishing an overseas Empire and in European cultural influence.

I've a sinking feeling however that a certain painting  from the seventeenth century, the Golden Age of Dutch art by Jacob van Ruisdael (1628–1682) may in the light of this year's economic and environmental woes, today exert a greater resonance to a large percentage of society than the sweetness and light of Kruseman's romantic painting.

In Jacob Ruisdael's painting's nature has a far less benevolent relationship towards humanity. In Winter Landscape I (1670) the sky is uncompromisingly gloomy and threatening, while in its foreground something has occurred which is rarely depicted in winter scenes, yet which invariably must happen to those skating, a person has fallen down onto the ice. To the credit of Ruisdael he has also depicted an onlooker expressing  an awareness of common humanity, dashing to assist the unfortunate faller.

Although now more than ever we all appear to be skating upon the thin-ice of the world economy and climate, may I take this opportunity to wish all visitors to this blog a Happy Xmas and a New Year full of the rosy-cheeked, cheerful optimism of the above painting, with little of the black gloom of Winter as depicted below. 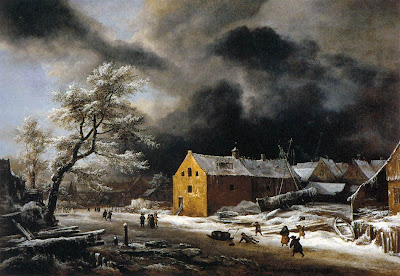 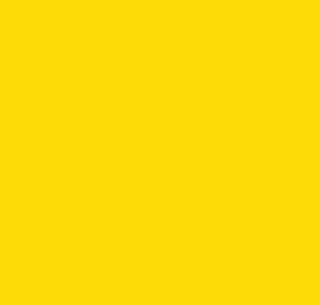 Aldous Huxley's first novel Crome Yellow (1921) is a dazzling display of wit which satirizes the follies and foibles of post world-war society. It established Huxley's literary name and anticipates in its themes, setting and didactic dialogue, subsequent literary works written in the 1920's decade by the English novelist and essayist.

The template of Huxley's early novels resembles those of the Victorian novelist Thomas Love Peacock (1785-1866) whose Nightmare Abbey (1818) and Crotchet Castle (1837) involve a gathering of a variety of characters in the setting of an ancestral manor. Once arrived, the various guests are used as voice-pieces to represent differing view-points and outlooks on life. By setting the main action within the walls of a castle or ancestral Hall, the 'English country house' approach to novel-writing, the novelist gives rein for characters to inter-act with each other and their view-point is satirized, often mercilessly, sometimes with hilarious effect, as in Peacock's dialogue novels.

In Crome Yellow, Dennis, a would-be-poet searching for the meaning of life, visits the ancestral manor of Crome as a guest of Henry Wimbush and his wife. Once there he encounters several other guests, each representing a specific point of view, these include his hostess Priscilla who is fascinated with 'spiritual vibrations' and casts horoscopes of racing horses and football teams, the hedonistic painter and bon-viveur Gombrich who has aesthetically developed beyond abstract painting, and the journalistic-cum-mystic Mr. Barbecue-Smith who is capable of writing hundreds of meaningful aphorisms on life before breakfasting.

Throughout the novel topics such as the place of women in the modern world, sex and morality, art and the role of the individual in society are humorously touched upon, while event's witness the protagonist's increasing indecisiveness in love. In some ways early novels such as Crome Yellow and Antic Hay read not unlike an highly intellectualized version of a P.G.Wodehouse novel; over time however, the formula of P.G. Wodehouse's country house novels portray a fossilized English world, far removed from the realities and changes in the world.

The serious and deteriorating situation of the world in politics and economics during the 1930's obliged Huxley to take a less light-hearted approach to novel-writing to debate on humanity and its future, in particular humanity's relationship to science. Anticipating the theme of Huxley's later novel Brave New World (1931) its the cynical and slightly sinister Mr. Scogan in Crome Yellow who speaks of -

an "impersonal generation" of the future that will "take the place of Nature's hideous system. In vast state incubators, rows upon rows of gravid bottles will supply the world with the population it requires. The family system will disappear; society, sapped at its very base, will have to find new foundations.

Huxley's Brave New World retains its power to shock and challenge the reader and its mood of prophetic doom remains thought-provoking.

In his 1994 introduction to Crome Yellow, the English novelist Malcolm Bradbury (1932-2000) and co-founder with fellow novelist Angus Wilson (1913-1991) of the prestigious MA Creative writing course at UEA, Norwich,  stated -

For the fact is that, though there is personal satire involved, Crome Yellow, like any good book, easily transcends all its first stimuli. The characters become unmistakeably Huxleyan, just as their world of obsessive ideas becomes the means for the author to analyse a time when chatter does not disguise despair, people all live alone in their own individual worlds of story, and all lives, as Denis comes to see, are parallel straight lines...................................The comic novel of ideas is one of the treasures of British fiction, not always sufficiently appreciated. Crome Yellow is one of the modern classics, which is why, well after its time, it can go on being read with complete delight and pleasure. [1]

Although I've now read and re-read a fair percentage of Huxley's novels over the decades (see book-shelf bottom of page) Crome Yellow was the first novel I've ever read on a Kindle. It's a gadget which would have appealed to Huxley who suffered with poor eye-sight throughout his life, giving it as the main reason for migrating to California in 1937. I don't doubt that Huxley would have viewed a the Kindle reader as an example of how science and technology has transformed the lives of millions in the twentieth century. Huxley himself suffered from poor eyesight, but had he lived to witness its invention, he would with little doubt enthused over the Kindle reader's ability to enlarge its reading font.

A few tenuous connections may be indulged and noted between Aldous Huxley (1894-1963) and Sir Thomas Browne. Both literary figures share a reputation of being leading intellectuals of their day who were capable of discoursing upon metaphysical questions in a bold and original manner. Both authors also had a penchant towards mysticism and are sometimes termed as mystics themselves. It's quite likely that Huxley read Browne, as he was in vogue during the 1920's due to attention received from Virginia Woolf and members of the Bloomsbury group. It's even possible that in terms of literary style, Browne may have influenced Huxley in his use of parallelisms, that is, stating the same thing twice within a single sentence in a variant manner, it's a literary technique found in the writings of both authors.

Aldous Huxley, like Browne before him, also took an interest in drugs. His essay on his empirical psycho-nautical experiments with mescaline, The Doors of Perception (1954) has now acquired a near legendary cult-status. All that Huxley attempted to articulate upon the transcendent may however be succinctly summarized in the lyrics of the song Tomorrow never knows from the Beatles album Revolver (1966)  in the line - It is not dying.

It's interesting to note in passing that it was due to Browne's early interest in what is now known  as the medical fields of psychology and psychiatry, that the word 'Hallucination' was introduced into the English language. More recently, the eminent neurologist Oliver Sacks (b. 1933) discusses the psychological implications of medical case-histories such as phantom limbs, the bereaved sensing the presence of a deceased partner, synaesthesia and his own psycho-nautical experiments in his new book Hallucinations (2012).[2]

Of far greater interest, there seems to be some kind of play on words in  the title of Huxley's first novel. The colour chrome yellow, as it is correctly spelt, was first discovered by Louis Nicolas Vauquelin in the mineral crocoite (lead chromate) in 1797. Chrome Yellow became available as a pigment for oil-painters around 1816 after the cessation of the Napoleonic wars. Aldous Huxley has in all probability, rather slyly one suspects, conflated the fictitious setting of his first novel and the surname of an English painter with the technical name of a colour pigment.

The founding father of the Norwich School of Painters, John Crome  (1768 - 1821) was inspired by the natural beauty of the Norfolk landscape and painted several master-works, some of which are set in urban riverscapes. In his late work Late Afternoon on Norwich river circa 1819, John Crome draws the viewer's eye to the centre of his painting through colour. At the  painting's centre  a young woman seated at a boat's stern can be seen wearing a fashionable early Georgian dress. The colour of her dress, a bright chrome yellow, as painted by Crome, is reflected in water. 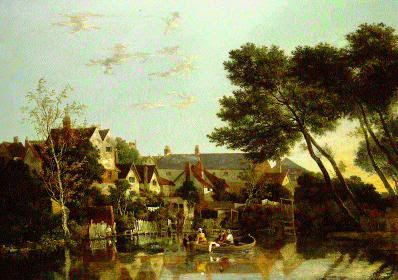