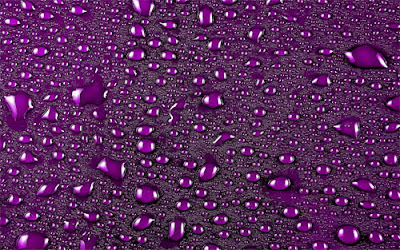 On  Saturday 16th October 1646, purple rain fell upon the city of Brussels. It flowed through the city's rivers and canals to the astonishment of its citizens, many of whom imagined it to be blood or wine and a God-given judgement upon Brussels. At a nearby monastery monks collected a sample in a barrel. [1]

The scientist Godfroy Wendelin (1580-1667) visited Brussels in order to investigate the event. Wendelin was recognised internationally as an astronomer and in his lifetime he corresponded with leading European scientists, including Mersenne, Gassendi and Huygens.

Wendelin's treatise 'On the Cause of Purple Rain in Brussels' (De Causa Pluvia Purpurea Bruxellensis) contained findings which tried to explain the phenomenon of purple rain in terms of natural causes such as chemistry rather than theological, and as such his book is important in the history of science. In addition, the treatise contained discussions of other astronomical issues, including a defence of the theories of Copernicus. A crater on the moon is named after Wendelin.

Wendelin's treatise of scientific journalism, listed as once in Sir Thomas Browne's library, is testimony to both how the Norwich-based scientist kept well-informed upon contemporary scientific discoveries throughout Europe and of how he was fascinated by anything of an unusual nature. Browne's edition of Wendelin's 'On the cause of purple rain in Brussels' [2] was in all probability swiftly purchased by the Norwich early scientist upon its first publication in 1647. It became available translated from Latin to English, several years later, in 1655.

Browne himself has a place in the history of British meteorology. In 1667 he wrote upon a dark thick mist which affected East Anglia and Holland for several days. His miscellaneous writings also include an account of a violent thunderstorm in Norfolk which produced fire-balls. Browne's own major work of scientific journalism Pseudodoxia Epidemica (1646) was translated into several European languages and reprinted no less than five times with amendments in its author's life-time.

Several centuries after the event of purple rain falling upon Brussels, the American singer/songwriter Prince (1958- April 21st 2016) had a big hit in 1984 with a song entitled 'Purple Rain'. Whether Prince ever heard of the 17th century Brussels meteorological event, its not known and sadly, with his premature death, may never be known now;  however, it is a curious coincidence of recorded event and song lyrics !

Upon the dark, thick, mist
No comments: