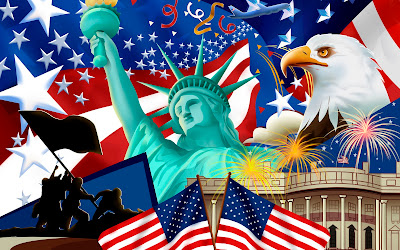 As today is Thanksgiving Day in the USA and America accounts for  approximately  40% of visitors to  this Sir Thomas Browne centred blog, I thought it would be a nice gesture to record a few facts about  Browne’s interest in America.

It’s an extraordinary fact and testimony to his curiosity that each of Sir Thomas Browne's major writings makes mention of America. It was during Browne’s lifetime that mass emigration to America from Europe began. According to Wikipedia, itself a great American success story, the first successful English settlements were the Virginia colony in Jamestown in 1607 and the Pilgrim’s’ Plymouth Colony in 1620. The 1628 chartering of the Massachusetts Bay Colony resulted in a wave of migration; by 1634, New England had been settled by some 10,000 Puritans. Between the late 1610’s and the American Revolution, about 50,000 convicts were shipped to Britain's American colonies. Another source of early American settlers, were those known as religious dissenters. Because England’s King Charles  believed that his rule was a God-given right he felt justified in persecuting those who disagreed with him. Waves of repression led to the migration of about 20,000 Puritans to New England between 1629 and 1642, where they founded multiple colonies.

It was against this historical background, one of political and religious ferment in England under Charles I’s rule that the newly qualified medical doctor Thomas Browne penned his Religio Medici, a Montaigne-like discourse upon the Christian virtues of Faith, Hope and Charity. In its labyrinthine digressions, he made the zoological query -

How America abounded with beasts of prey, and noxious Animals, yet contained not in it that necessary creature, a Horse, is very strange.

In fact America was the home of the horse until its eventual extinction in the last Ice Age. Not until the arrival of the Spanish conquistadors in the 16th century was the horse re-introduced to the continent of America.

Throughout his life Browne was a keen geographer, botanist and zoologist; it was therefore inevitable that he would lend an eager ear to the numerous reports about the New World which sporadically arrived in England. In his encyclopedic endeavor Pseudodoxia Epidemica (1646-76) he refers to America on several occasions. Indeed its very opening address describes his painstaking labors in not only compiling an encyclopedia but also in debunking common fallacies as - but oft-times fain to wander in the America and untravelled parts of truth.

Throughout his encyclopedia Browne includes reports from America, including mention of the giant phalanges spider, speculation as to why the skin-pigmentation of American natives differs from African natives as well as making a geographical comparison of the Gulf of California to the Red Sea. Browne also noted in Pseudodoxia Epidemica that the Swiss alchemist-physician Paracelsus symbolically equated America as the hind-quarters of the world noting-

…of the Geography of Paracelsus, who according to the Cardinal points of the World, divideth the body of man; and therefore working upon humane ordure, and by long preparation rendering it odiferous, he terms it Zibeta Occidentalis, Western Civet; making the face the East, but the posteriors the America or Western part of his Microcosm.

Browne’s encyclopedia was a European best-seller, translated into several languages and reprinted with additions and amendments no less than six times in his life-time. His refutation of common or ‘vulgar errors’ found itself upon the book-shelves of many educated English families. Its  work-in-progress  nature paved the way for the reception of future scientific journalism.

Throughout his life Browne kept abreast of the latest developments in scientific enquiry. Although not credited for making any significant scientific discovery himself, he did however coin many new technical words useful to scientific and medical debate. The words ‘electricity’ ‘pathology’ and ‘hallucination’ for example, are just a few of the many neologisms he introduced into the English language. Indeed, a careful scrutiny of the Oxford dictionary reveals that Browne’s name occurs as the source or first usage of a word in the English language more than any other author. His informed reading also made him an appreciative supporter of William Harvey's recent medical discovery. In correspondence to a young student he wittily advised -

be sure you make yourself master of Dr Harvey's piece De Circul. Sang (Of the circulation of the blood); which discovery I prefer to that of Columbus, (i.e. that of America).

The demands of his medical profession and the need to provide an income to support his large family allowed Browne little leisure-time for writing, yet in the decade of the 1650’s, under the newly-established Protectorate of Oliver Cromwell, he once more put pen to paper to produce his celebrated literary work, the two Discourses of 1658, ‘Urn-Burial’ and ‘The Garden of Cyrus’. The two Discourses were fully intended to be one whole literary work, their polarity in theme, imagery, symbolism  and  epistemology makes this abundantly clear, yet modern publishers continue to divide and print them separately; an act initiated by the Victorians love of the stoicism and funereal pomp of ‘Urn-Burial’, but wholly against the artistic intentions of their creator  yet modern publishers erroneously perpetuate this error.

The opening lines of Hydriotaphia, also known as, ‘Urn Burial or a brief discourse upon the sepulchrall Urnes lately found in Norfolk’, notes how America was undetected by European explorers for centuries, comparing its 'discovery' to that of an archaeological find.

That great antiquity America lay buried for a thousand years; and a large part of the earth is still in the Urn unto us.

In the dedicatory epistle of The Garden of Cyrus (1658) Browne with characteristic subtle humour remarks to his patron upon the great volume of printed information on American botany which was being published at the time, joking thus-

you who know that three full Folio's are yet too little, and how New Herballs fly from America upon us, from persevering enquirers.

It’s also in ‘The Garden of Cyrus’  that Browne employs proper-place names as highly evocative symbols, for example, the place-name of Persia is invariably employed to symbolize pagan antiquity while the proper-place name of America is used to represent the new, the unknown and the exotic. At the conclusion of the Discourse he not only contemplates the fact that the world consists of time-zones, but also prophetically connects Persia (modern-day Iran ) with America thus:

The Huntsmen are up in America, and they are already past their first sleep in Persia.

‘The Garden of Cyrus’ has been likened as a work of prophecy, and even compared to the Biblical Book of Revelation by the American Brunonian scholar, Frank Huntley. Indeed it has been American scholarship which has fruitfully interpreted Browne in the 20th century, notably by the aforementioned Frank Huntley, along with Jeremiah Finch, Dean Emeritus of Yale University whose life-long study of Browne included a critical introduction and  facsimile of the Sales Auction catalogue of Browne’s library; while Browne’s major works have been made available online by the University of Chicago website.

However it was sometime in the 1670’s when introduced to the prophecies of Nostradamus that Browne made his most astounding observations and predictions upon America’s future.  In his miscellaneous tract entitled – ‘A prophecy concerning the future State of Several Nations’ (Miscellaneous Tract 12) in  a quasi-oracular pastiche style of the Lyons physician's barely intelligible predictions, Browne questioned the morality of the growing Slave-trade, nearly two centuries before the eventual abolition of slavery, declaiming-

When Africa shall no longer sell out its Blacks to be Slaves and drudges to the American Tracts.

Equally remarkable Browne 'predicted’ in his ‘prophecy’ that sometime in the future America would protect its wealth to be a Nation vigorously pursuing happiness, employing the highly-original phrase, ‘American Pleasure’.

When America shall cease to send out its treasure but employ it instead in American Pleasure.

Ever the helpful assistant for his perplexed reader Browne added the explanatory note:

That is when America shall be better civilized, new policied and divided between great Princes, it may come to pass that they will no longer suffer their Treasure of Gold and Silver to be sent out to maintain the Luxury of Europe and other parts: but rather employ it to their own advantages, in great Exploits and Undertakings, magnificent Structure, Wars, or Expeditions of their own.

But perhaps most extraordinary of all, at a time when it was only a fledgling colony Browne prognosticated America would one day become an economic equal of Europe-

When the New World shall the old invade, nor count them their Lords but their Fellows in Trade.

Once more helpfully expounding his ‘prophecy’ with the foot-note-

That is, When America shall be so well peopled, civilized and divided into Kingdoms, they are likely to have so little regard of their Originals, as to acknowledge no subjection unto them: they may also have a distinct commerce between themselves, or but independently with those of Europe, and may hostilely and pyratically assault them, even as the Greek and Roman Colonies after a long time dealt with their Original Countries.

And here one must include Browne, who was a devout Christian, thoughts upon war, which remains humanity’s greatest inhumanity against humanity. In correspondence to his youngest son, Browne, moralises upon why all wars begin-

The cause of this war was that of all wars, excess of prosperity. As wealth arises spirits rise, and lust and greed of power appear; thence men lose their sense of moderation, look with distaste on the prosperity of others, revolve disquiet in their mind, and throw over all settlement, for fear lest their enemies’ wealth be firmly established, they put their own to risk; and finally (as happens in human affairs) fall into slavery when they seek to impose it, and earnestly courting good fortune, experience disaster.

Browne’s observations upon the New World’s botany, zoology, geography and political future are remarkable for their extreme earliness in American history; from reports of the superabundance of her natural resources, geographical size and the sheer determination of her founding settlers, one seventeenth century European thinker, although far away in his Norwich study, perceived America as a  land with a bright future.

Postscript: Portions of this post are from an online essay on Browne and prophecy, other parts were originally written for Wikipedia which I have since removed as I prefer to be credited as the author of original material.

amazing he wrote so much on what was a new land at the time he was writing ,all the best stu

Very interesting! Happy Thanksgiving to you!

Brilliant post. I recognize one of the quotes from Max in The Rings of Saturn, which he extended at length:

"As I sat there that evening in Southwold overlooking the German Ocean, I sensed quite clearly the earth's slow turning into the dark. The huntsmen are up in America, writes Thomas Browne, in The Garden of Cyrus, and they are already past their first sleep in Persia. The shadow of night is drawn like a black veil across the earth, and since almost all creatures, from one meridian to the next, lie down after the sun has set, so, he continues, one might, in following the setting sun, see on our globe nothing but prone bodies, row upon row, as if levelled by the scythe of Saturn - an endless graveyard for a humanity struck by falling sickness."

One of these days I'll be hunting for Browne's discourses in the bookstores, try to delve into the brambles.

Well I thank you kindly Rise. Although the site is temporarily down, Browne's major works are all available online at the University of Chicago Penelope site. But I guess you're the kind of book-lover who likes to hold the object of his affection in your hands!

Your appreciation is much appreciated teegee!

I'll go check it. I think I saw links in your blog to these online works before? ... I'm not totally averse to e-books but I guess when it comes to Sir TB a physical book is more handy.