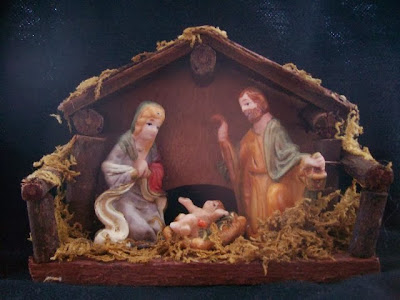 Wishing all visitors and readers a very merry Xmas and a peaceful New Year.
No comments: 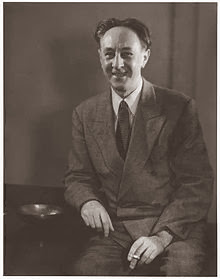 The two words the seminal French music-teacher Nadia Boulanger used to describe Martinu's music were "brilliance" and "purity". Also in her letter to Michael Henderson, Boulanger said of Martinu’s music: "It can win the most sophisticated and the most simple listener". For myself the exciting rhythms, unique orchestral colouring, experimental harmonies, along with its optimism and sheer joie de vivre, are each attractive elements of Martinu's music.

Bohuslav Martinu was a prolific composer who wrote original music in every genre and who varied his style several times in his life-time. Its useful to divide Martinu's creativity into three eras; the first, his musical apprenticeship to early maturity from 1923 - 1940 while resident in Paris, saw the composer experiment with a number of styles to settle into what may be termed Neo-Classicism, with the music of Stravinsky as its exemplar.

The second phase of Martinu's life, from 1941-1952 while resident in America, coincides with his maturity, in which much of his finest chamber music as well as five of his six symphonies were composed. Martinu's symphonies are all impressive pieces which will surely be better known and loved in the near future for their expressive depth and beauty of invention, each of the last three has an important place in 20th century music.

In his last years, from 1953 until his death in 1959 while resident in Europe, Martinu wrote his fourth and fifth piano concertos and developed a style loosely termed Neo-Impressionist, exemplified by the large-scale orchestral triptychs The Frescoes of Piero Francesco (1955), The Parables and Estampes (1958).

In November 1941, Serge Koussevitsky conducted the Boston Symphony Orchestra in a performance of Martinů’s Concerto Grosso (1937). Its success transformed Martinů into a star overnight and paved the way in January 1942 for the New York Philharmonic Orchestra  to perform a programme entitled, "The Czechoslovak Immortals of Symphonic Music", which included the masterpieces of Smetana, Dvořák, Janáček and Martinů.

During his residence in America Martinů wrote some of his finest chamber music including Five Madrigal Stanzas for violin and piano (H. 297 New York 1943) which he dedicated to Albert Einstein, professor - and later Martinů’s colleague - at Princeton University. There’s the lovely anecdote which there is no way of now verifying, which tells how Martinů, when asking his amateur musician friend how the rehearsing of his composition had went, Einstein hesitated before replying, "Relatively well".

The two major personal events which coloured Martinu's artistic sensibility and which are strongly antithetical to each other, are firstly, his childhood in Policka, where, living in accommodation in the tower of the church of Saint Jacob's, he enjoyed hearing the sounds of the bells, choir and organ of the church, having a 'God's Eye' view of Nature in the Bohemian-Moravian Highlands from the heights of the church tower. The second biographical event, of crucial significance in understanding Martinu's later creativity, is his headlong fall from a balcony, mistaking a poorly-lit mezzanine floor for a staircase. Martinu fractured his skull and suffered dizziness, headaches, tinnitus and hearing loss for many months after this accident in 1946. Its not improbable that symptoms from this accident which Martinu experienced included what is now known as 'Alice in Wonderland' syndrome, in which the sufferer experiences distorted perspective, odd sensations and even hallucinations. An 'Alice in Wonderland' perspective features strongly in Martinu's 6th symphony.

Martinů began composing his sixth symphony known as Fantasies symphonique in 1951 in New York but did not complete it until 1953 in Paris. Of his sixth symphony Martinu himself described it as a, "departure from symmetry in the direction of fantasy" music takes on its form freely and flows without restraint, following its own motion. An almost undetectable slowing or hastening suddenly gives life to the melody'. There's a strong allusion to Berlioz's Symphonie Fantastique not only in its title, but in its fantastic element also.

The  music-critic Robert Layton stated of the sixth symphony -

'the detail in the musical landscape (of) this work unfolds is richer in colouring and immediate in impact. At times the Fantasies symphoniques has the visionary quality, the enhanced awareness of colour, the vivid contrasts and more brilliant hues that are said to come from taking mescaline : certainly there is a proliferation of textures, exotic foliage and vibrant pulsating sounds that have no parallel in the earlier symphonies. ...the opening of the second movement unleashes an extraordinarily imaginative, insect-like teeming activity'.[2]

From leaving America in 1953 and settling in Europe, Martinu developed a rich, detailed orchestral palette which may be described as Neo-Impressionist in style. In his correspondence Martinu stated of his large-scale orchestral triptych The Frescoes of Piero della Francesca H.376 (1955) - "It is far from descriptive, naturally, but it expresses impressions  Les Fresques had arisen in me in the Arezzo church. The first movement depicts this well known group of women with the Queen of Sheba; the second is Constantine's Dream; while the third is the overall impression Les Fresques gave me. The composition is rather impressionistic in its character".

Sadly, due to International politics Martinu was unable to return home and wrote to his patron Paul Sacher -  "But I don't see my future in rosy colours; I'm beginning to fear that I will never find peace and will not be able to return to Prague, which would be the best solution for me." [3]  In another letter to his friend Frank Rybka, he wrote - "Explain to them at home that if I appeared there, great propaganda would be made from it--that I approve of the regime and so forth."  [4]

Michael Beckermann defined the characteristics of Martinu's musical language well when stating -  'There is no single Martinu sound, but a collection of sub-dialects. Martinu’s key sound is the presence of lyrical moments syncopated in a rather special way, usually surrounded by passages meant to suggest an opposing state. He employs several “fake” twentieth-century styles (Neo-Poulenc, Neo-Stravinsky, Neo-Ravel) and some all-purpose dissonance, but his core style is the syncopated folk stylization. That’s what he believes in, if you will. He doesn't believe in most of the dissonance - its there to set off the jewels......His “uniqueness” lies in two areas: first, a sonic one. Martinu created a particular sound world which is his alone. It itself seems bipartite. There is a Martinu “sound” of the syncopated folk stylization, and a “process” whereby this sound is contrasted with other, usually dissonant, sound worlds. The second area of Martinu’s uniqueness involves his creation of a pastoral world, which is the protected space of nation, memory, childhood. This appears in almost every work of his'. [1]

In Michael Beckermann's view, ' Martinu is one of the great cartographers, mapping a certain aspect of the human imagination. In my view, the experience in question is that place in the imagination that causes time to stand still and allows us to imagine paradise. This is, of course, elusive, and in Martinu’s compositions it is always being lost and found. ......He’s quite simply plugged into one of the great tendencies of human consciousness: the search for an unattainable point of rest in our travails, our suffering, our journey. In order to do this, he first had to cultivate and master the process of forward motion in music, and he is  almost unique in the many ways he can create a sense of flow. Then he had to figure out how to get from one state to another, and I think that alone is worth serious study. The symphony no. 6 is filled with such moments. No composer, not even Beethoven, explored this world of idyllic space more fully.........He is exploring a realm of the human spirit which most composers are afraid to look at....Martinu rarely stays in these idyllic spaces he creates. Much of the real drama of a piece consists of approaches to a “state of grace” and then departing from it, often suddenly. Sometimes there is only a fragment of it, other times it is almost the entire piece, but its never alone.

The Czech conductor Jiří Bělohlávek assessed Martinu's music thus -  "I think the richness of styles in Martinů's work is due to his inextinguishable thirst for novelty and inspiration, and his ability to extract from many sources the right amount of elements into his own musical language. Martinů is also probably the most prolific Czech composer and, of course, you can find different levels of genius among them. But at his best, he is irresistibly original, cosmopolitan and Czech in one stroke."

Asked for his opinion of Martinu's music Paul simply said, "it's too busy". When questioned, "Did you say, dizzy ?" he swiftly replied, "that as well !"  He continued to say that he liked Bruckner, so I offered to lend him a recording of Bruckner's 8th symphony, the last ever conducted by Karajan, but tragic events intervened.
No comments: