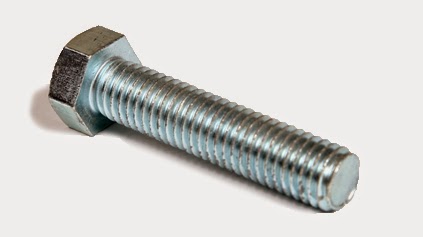 Dmitri Shostakovich's ballet The Bolt (1931) is a riveting example of experimentation in music in the Soviet Union. It was composed before the Stalinist doctrine of socialist realism restricted artistic freedom of expression. According to the musicologist Francis Maes -

The most important creative work of this period was that of Dmitry Shostakovich (1906-1975). Together with Myaskovsky he wrote music of lasting significance during the first Soviet period, that is, the period between 1926 - the year of his first symphony - and 1936, when the Party leadership shackled his creativity.....Shostakovich was a passionate  champion of Soviet modernism. In Shostakovich’s early work, Soviet culture received its clearest musical expression, as witness the astonishing First Symphony, the daring symphonic experiments from the Second to the Fourth Symphonies, the ballets The Golden Age, The Bolt, and The Limpid Stream, the operas The Nose and Lady Macbeth of the Mtsensk District. [1]

The one and only performance of The Bolt was on April 8th 1931. Immediately after its first performance it was banned and not performed again until 74 years later in 2005. Following its ban Shostakovich rescued material from the music score of 2 hours duration to create a condensed thirty minute concert suite. Its through the orchestral suite that the music of The Bolt (opus 27a) is known today.

The ballet's thin plot, by Viktor Smirnov, reveals why The Bolt failed to impress the critics and why it was banned. The protagonist, Lazy Idler, is a drunken lout, who upon being sacked from his factory post, seeks revenge on his employers by convincing a hapless sidekick, Goshka, to throw an enormous-sized bolt into one of the working lathes. The scheme succeeds and the lathe short-circuits. Lazy Idler points the finger of blame at an upstanding member of a team of Shock workers, Boris, but the guilt-ridden Goshka confesses to his role in the crime. Lazy Idler is detained by the factory guards, inspiring a celebration among the foreman and laborers, who cheerfully return to the production line. [2]

The musicologist Gerard McBurney stated of The Bolt - "The waspish and delightfully colourful score bowls along like a children’s cartoon-film, every number full of drama and parody and fine take-offs of serious and popular music of every kind." McBurney succinctly identifies two strong characteristics of Shostakovich's music, namely, the cinematic and the art of parody.

It was through the economic necessity of having to provide piano accompaniment to silent-films as a teenager at Leningrad cinemas that Shostakovich acquired his driving, dramatic style, so readily adaptive to the rapid action of cinema. Works such as the programmatic 11th and 12th symphonies which aurally depict the historical events leading up to the 1905 and 1917 revolutions, and the Piano Concerto no. 1 for trumpet and strings (1933) which includes rapid passages of cartoon-like humour are characteristic of Shostakovich's 'soundtrack narrative' style. But above all, it's Shostakovich's ability to mimic and parody musical styles which The Bolt is an early example of. Sarcasms, quotes and quips follow in swift succession, while the musical styles associated with jazz, folk-song, military marches and the tango, as well as the parodying of western sentimentality, are included in The Bolt.

The first and last movements of The Bolt suite reveal the full extent to which Shostakovich's mastery of orchestral technique had already developed. In the opening movement of the  suite, Beethoven's well-known 'Fate or 'Destiny' motif is quoted, only to be swiftly answered by the factory whistle. The Bolt also includes some fine examples of Shostakovich's witticisms, notably in the hilarious Drayman's Dance which celebrates the joy of alcohol and drunkenness. It is occasionally performed as an encore, including by the Russian State Symphony Orchestra following a performance of Shostakovich's 5th symphony at St. Andrew's Hall, Norwich in 2003.


Besides highlighting the taboo subject of industrial sabotage, The Bolt asks the difficult question of what's to be done with the non-conforming individual who doesn't meet official productivity quotas and fails to conform to State ideology, refusing to march to a dictated beat. There are three possible options open to Governments in the face of non-conformity, namely, ignore, integrate, or eliminate; the hallmark of a totalitarian state such as Stalin's being to eliminate.

The set designer of The Bolt, Tatiana Bruni (1902-2001) gives a valuable first-hand account of the only performance of the ballet.

At the time the dress rehearsals were open to the public at large. the theatre seemed overcrowded. As soon as the curtain opened, applause rang out, when the factory started to move, the applause transformed into an ovation that did not let up until the end of the spectacle. the dancing chapel and the individual costumes delighted the public. I swear by all that is sacred that this took place. The catcalling of the opposition (manifest philistinism!) was drowned out by the applause. But the spectacle was withdrawn. It was performed just once. We somehow became responsible for a "failure". They rebuked us in the press. I've remembered the title  of  one article. 'Bolt and chattering formalists'. Not one sketch was left to me,  some of them were destroyed in the theatre by particularly zealous "socialist realists".....We were unaware at this time art had veered sharply to the side of realism. The 'terrible'  words 'socialist realism' had appeared. [3]

Socialist realism was made the official doctrine of the Soviet Union in 1932. It was a doctrine which demanded traditional forms of representation. The Bolt, with its Constructivist leanings and bold choreography was consequently branded a failure and the director of the Mariinsky Ballet at the time, Fedor Lupukhov was forced to resign from his position.

Following the ban on The Bolt Shostakovich used subject-matter less controversial in his music, in the hope of not drawing attention to himself. He wrote a number of film scores, a genre in which he was active throughout his life. However, when in 1936 Stalin visited the theatre to hear the phenomenally popular opera Lady Macbeth of the Mtsensk Region Shostakovich was denounced personally by Stalin. The cat-and-mouse game played between Shostakovich and Stalin is well-documented. Some of the casualties of Great Terror of Stalin's era in which many of Shostakovich's friends and relatives were imprisoned or killed include -  his patron Marshal Tukhachevsky (shot months after his arrest); his brother-in-law Vsevolod Frederiks (who was eventually released but died before he got home); his close friend Nikolai Zhilyayev (a musicologist who had taught Tukhachevsky; shot shortly after his arrest); his mother-in-law, the astronomer Sofiya Mikhaylovna Varzar (sent to a camp in Karaganda); his friend the Marxist writer Galina Serebryakova who served 20 years in camps; his uncle Maxim Kostrykin (died); and his colleagues Boris Kornilov and Adrian Piotrovsky, both of whom were executed.

Shostakovich's response to his denunciation resulted in his profound and monumental 5th symphony in D minor  op.47 (1937) which carries the title A Soviet artist's response to just criticism.  According to Wikipedia -

During the first performance of the symphony, people were reported to have wept during the Largo movement. The music, steeped in an atmosphere of mourning, contained echoes of the panikhida, the Russian Orthodox requiem. It also recalled a genre of Russian symphonic works written in memory of the dead, including pieces by Glazunov, Rimsky-Korsakov and Stravinsky. For an audience that had lost friends and family on a massive scale, these references were apt to evoke intense emotions. This was why the Fifth Symphony was received and cherished by the Soviet public unlike any other work as an expression of the immeasurable grief they endured during Stalin's regime.

Shostakovich wrote music for one more ballet, The Limpid Stream in 1936. The genre was left open to development by  the home-sick and somewhat politically naive Sergei Prokofiev upon his return to Russia to create what remains the most well-known and loved of Soviet ballets, the traditional in style, Romeo and Juliet (1940). But it is Shostakovich's The Bolt which epitomizes the hope and optimism experienced by many Russians in creating a new, fairer society in the early years of the Soviet Union's history.

Coincidentally there is, until the end of February, an exhibition of costumes, designs and photographs of the first production of The Bolt at the Gallery for Russian Arts and Design ( GRAD ) based in London. 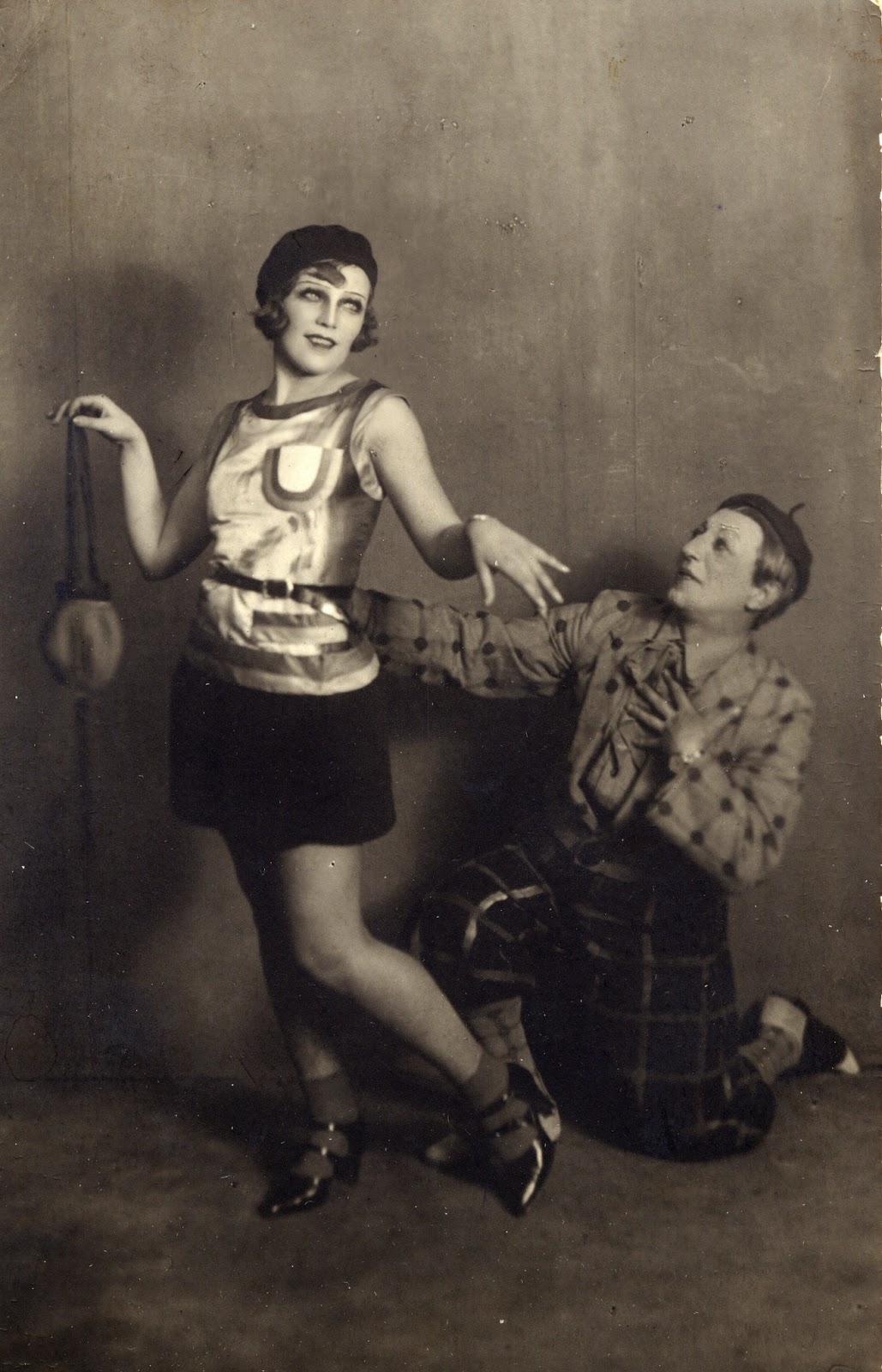 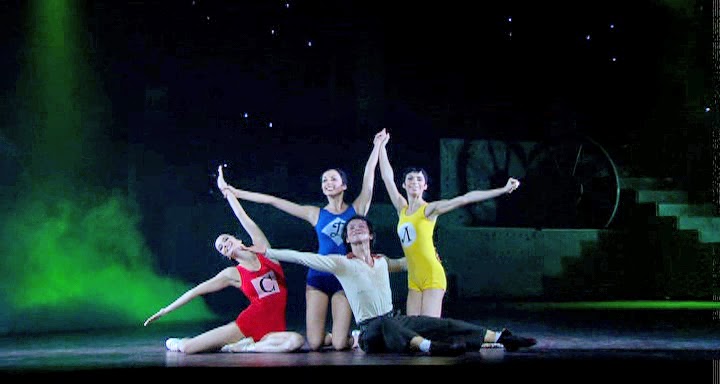